The Quest for the Annorian’s Silver

A crisis of dwindling natural resources threatens the city-state’s dominance of Nuvā Nuvō. The House of Draykus sees the waning of its influence. Desperate to regain absolute power, Overlord Tarrus is persuaded by the mystic Zar Viddious to mount an expedition to the distant planet Annoria to claim the precious rare metal known in legend as the Annorian’s Silver.

Taurus dispatches Nightwind, a young Paladine, a warrior robot, Zanshee, and a military officer, Talynn, to accompany Viddious on the deep-space flight aboard the Avimimus. But unbeknownst to the members of the Annoria expedition, other forces have set out on the same quest—but for different reasons. 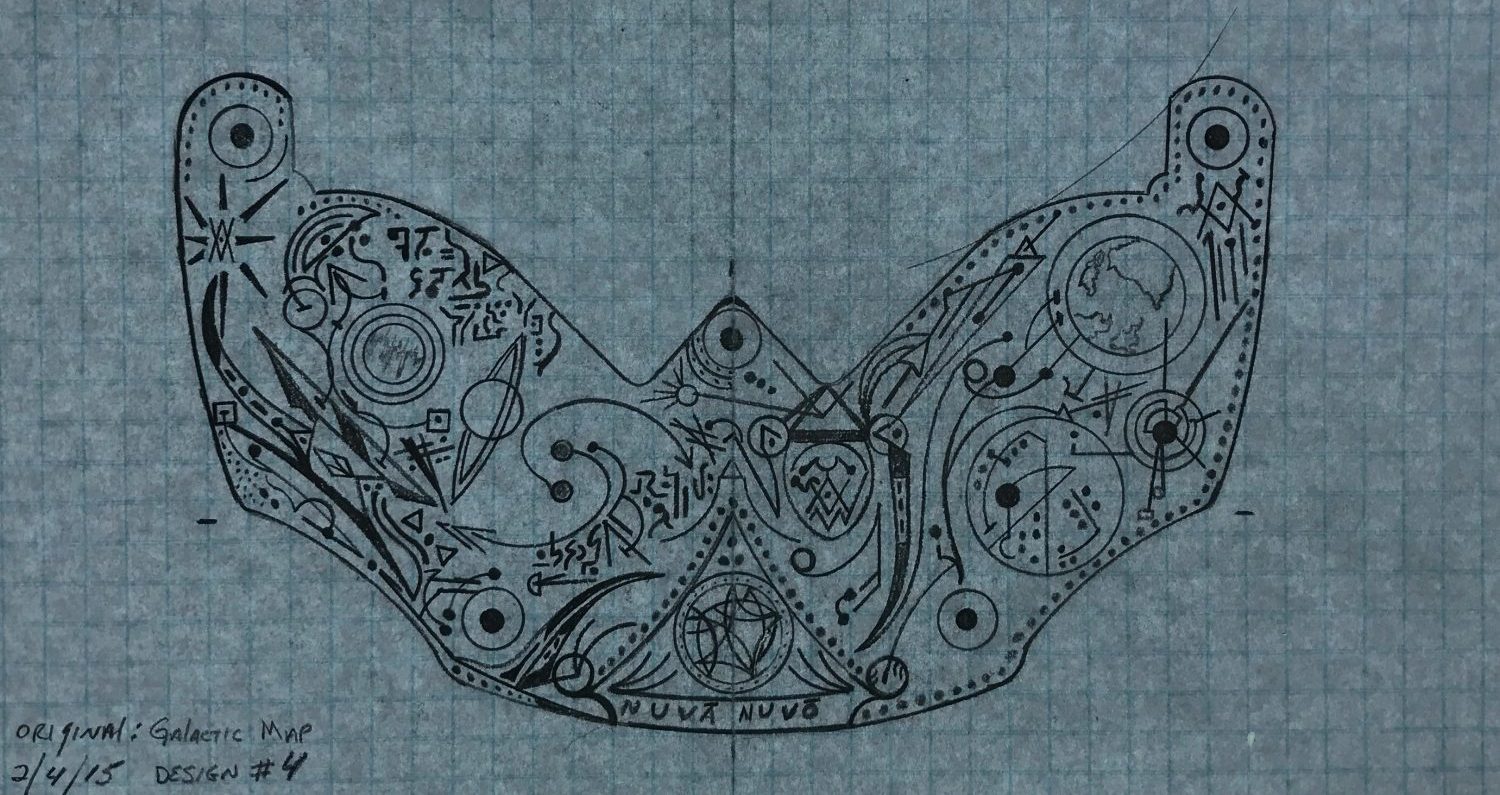 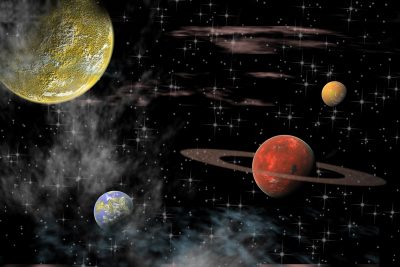 Nuvā Nuvō is only slightly larger than our Earth, with an almost 50/50 land to water ratio. Geographically, Nuvā Nuvō is a little cooler than Earth with larger temperate zones. The Southern Hemisphere is the least hospitable, capped by the great polar ice sheet. The Northern Hemisphere is cool but the greatest land mass has a climate not unlike Earth’s North America.

Nuvā Nuvō is a world divided up into many different city-states and cultures.

It is an old planet and bound by tradition. Nuvā Nuvō has only achieved space-flight in the last five hundred years.

The primary city-state is Kimirrya. It is prosperous but historically has always been in danger of being encroached upon by other, smaller nations that covet their rich natural resources. 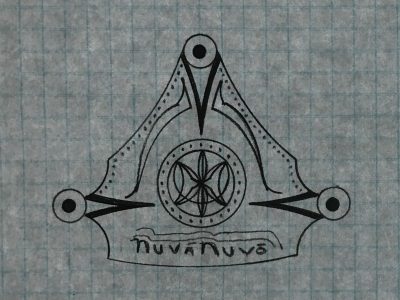 Nuvā Nuvō is ruled by an Overlord and a hand-picked Temporal Council, consisting of six Merchant Lords who have divided the world into territories among them. Headquartered in Kimirrya, the Council is fixated on the acquisition of wealth and power and the political landscape is marked by struggle for trade supremacy. Council members set themselves up as hereditary lords and they pass their positions on to those of their House.

The government has not been conservation conscious which has led to a serious depletion of the planet’s natural resources. Over the last century, the crisis of dwindling resources threatens Kimirrya’s dominance. Unchecked industrial pollution and over-population is fast-reaching a point of no return, affecting the entire world.

An ancient insignia worn by the Paladine Prime,
symbolizing the galactic explosion that gave birth to the galaxy and the world of Nuvā Nuvō

As Nuvā Nuvō’s resources became strained, the Merchant Houses had no choice but to look for profits off world. Fortunately, in a nearby solar system, dozens of worlds and moons were found to be perfectly suited for habitation and colonization.

On some of these worlds, the explorers found the first evidence of the so-called Annorian Tyranny. This was an alien race with a very high level of technology who visited the solar system many thousands of years ago.

Exoarcheologists theorized that the Annorians had ruled most of that part of space for millennia. All they left behind were ruins, myths and fragments of artifacts.

The corporations controlled by the Merchant Houses continued to plant colonies, searching for Annorian relics or tech. If they found anything of the sort on planets they claimed, they kept their discoveries closely guarded secrets.

Many of the Merchant Houses and corporations planted colonies on the planets where they found evidence of Annorian occupation. They began ruthlessly exploiting the natural resources. Some worlds were more profitable than others and the Merchant Houses who claimed them did not want to share too much with the homeworld.

To offset the rampant exploitation, The Temporal Council imposed taxes and levies on the off world settlements and for a few years, the Merchant Houses cooperated—albeit reluctantly.

The spirit of cooperation didn’t last long—it never does when there are conflicts of interest. In response to Temporal Council edicts, most of the Merchant Houses formed their own private paramilitary security organizations and space-fleets.

Many of the Merchant Houses established covert agreements with criminal organizations, such as the influential Thieves’ Guild and the Raptor Brotherhood. The Brotherhood is little more than a group of space-faring pirates and smugglers. The Merchant Lords pay tribute to the organizations either for protection or hire them to sabotage competitors and to smuggle goods from one planet to another.

Once employed as peace-keepers by the Temporal Council, the semi-mystical order known as the Paladine Prime tried to impose order on the chaos and curtail the activities of smugglers and pirates, insuring that resources from the colony planets made it back to Nuvā Nuvō. 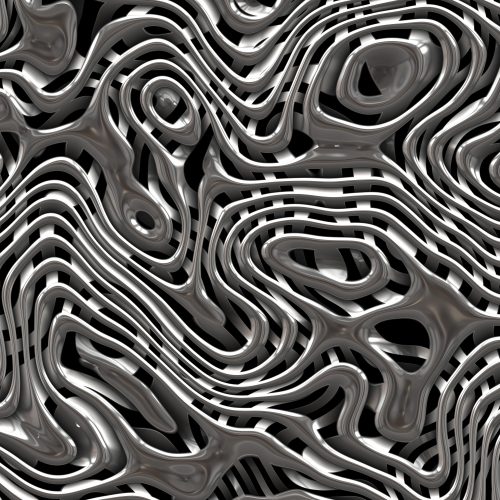 A vision of the sentient Annorian Silver

Tarrus, head of The House of Draykus, manipulated people and events in such a way that he became Overlord of the entire planet. Although greed was his primary motivation, he had been told by a self-styled mystic named Zar Viddious about an Annorian metal talisman of great power that could be found on one of the most distant planets in the system. The world is called Annoria.

Zar Viddious, the high priest of a religious order known as Blackflame Wisdom, convinced Tarrus that the miraculous metal—which is called Annorian Silver—will give him ultimate power, not only over Nuvā Nuvō, but over all of the corporation colony planets. However, this goal is contingent on claiming the Annorian Silver and using it to further Tarrus’ materialistic philosophy.

An artifact of the Annorians, the Silver is a sentient metal and suspected of being a spiritual accelerator. Viddious’s cult found a very small sample of it and Tarrus became completely obsessed with finding more. To this end, Overlord Tarrus seized control of the Temporal Council and in the bargain took over the precious metal trade on Nuvā Nuvō as well as imposing import and export taxes on everything else that comes and goes through the ports.

Now, Overlord Tarrus has dispatched Zar Viddious and an expedition to Annoria to find the precious Annorian Silver.

But unbeknownst to Tarrus and Zar Viddious, others have set out on the same quest but for different reasons…

What are you looking for?